A few days ago, while writing a blog post about public libraries, I decided to use a few quotes referencing libraries.  Searching for the perfect library quote, I quickly became distracted from all of the great quotes I found on Pinterest!

When you have an institution, service and resource as incredible as a library, it only makes sense that lots of powerful and famous people will speak of their importance.  Personally, I’ve been around libraries my entire life, both working in a library in my younger days as a volunteer and professionally serving as a subscription vendor for libraries.  I can’t imagine a better group of people to work with than librarians.

As I began to collect these library quotes and sayings, it only made sense to compose a post to share them!

1) A library is not a luxury but one of the necessities of life. ~Henry Ward Beecher
2) When I read about the way in which library funds are being cut and cut, I can only think that American society has found one more way to destroy itself. ~Isaac Asimov
3) What is more important in a library than anything else – than everything else – is the fact that it exists. ~Archibald MacLeish 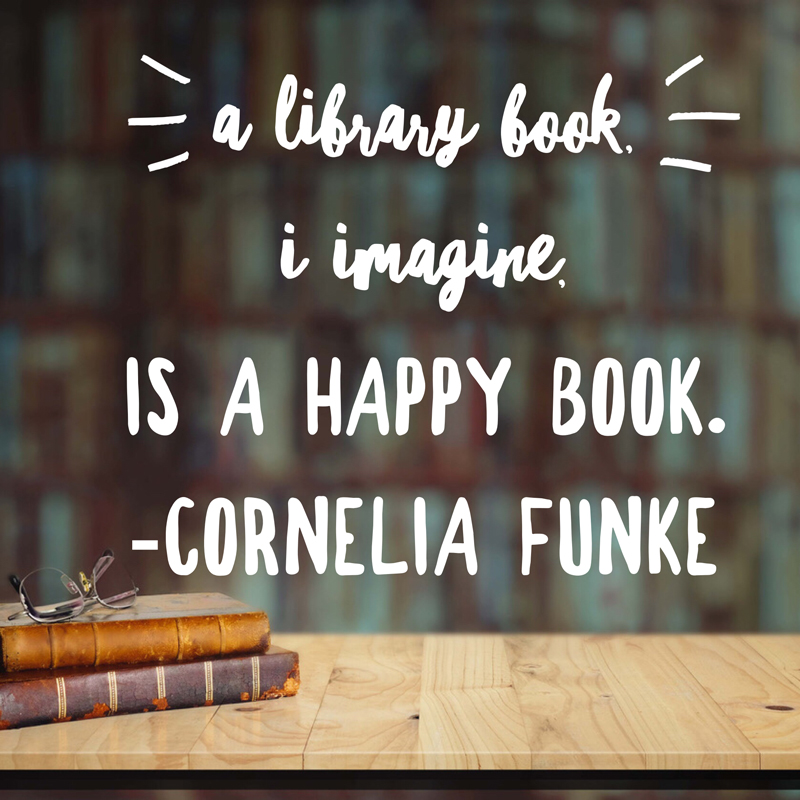 5) The love of libraries, like most loves, must be learned. ~Alberto Manguel
6) Librarian is a service occupation. Gas station attendant of the mind. ~Richard Powers
7) When the going gets tough, the tough get a librarian. ~Joan Bauer

11) Librarians are the secret masters of the world. They control information. Don’t ever piss one off. ~Spider Robinson
12) Having fun isn’t hard when you’ve got a library card. ~Marc Brown
13) I always felt, if I can get to a library, I’ll be okay.  ~Maya Angelou 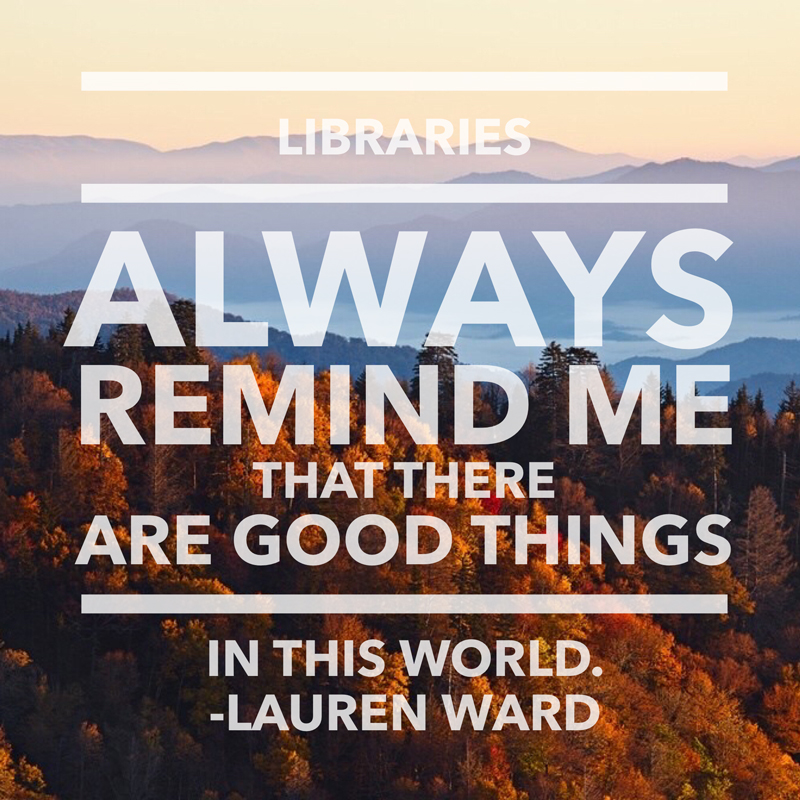 15) Libraries are our friends. ~Neil Gaiman
16)Librarians have always been among the most thoughtful and helpful people. They are teachers without a classroom. ~Willard Scott
17)Perhaps no place in any community is so totally democratic as the town library. The only entrance requirement is interest. ~Lady Bird Johnson

21) Being a writer in a library is rather like being a eunuch in a harem. ~John Braine
22) A great library is one nobody notices because it is always there, and always has what people need. ~Vicki Myron
23) Libraries allow children to ask questions about the world and find the answers. And the wonderful thing is that once a child learns to use a library, the doors to learning are always open. ~Laura Bush 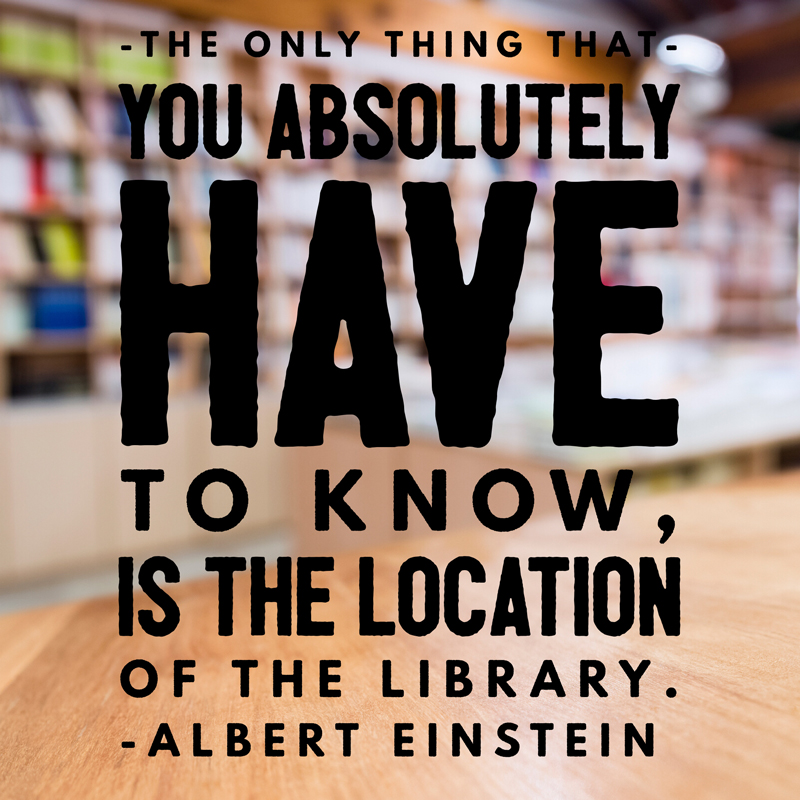 25) Everything you need for better future and success has already been written. And guess what? All you have to do is go to the library. ~Henri Frederic Amiel

29) With a library you are free, not confined by temporary political climates. It is the most democratic of institutions because no one – but no one at all – can tell you what to read and when and how. ~Doris Lessing
30) If truth is beauty, how come no one has their hair done in the library? ~Lily Tomlin
31) Librarians are almost always very helpful and often almost absurdly knowledgeable. Their skills are probably very underestimated and largely underemployed. ~Charles Medawar 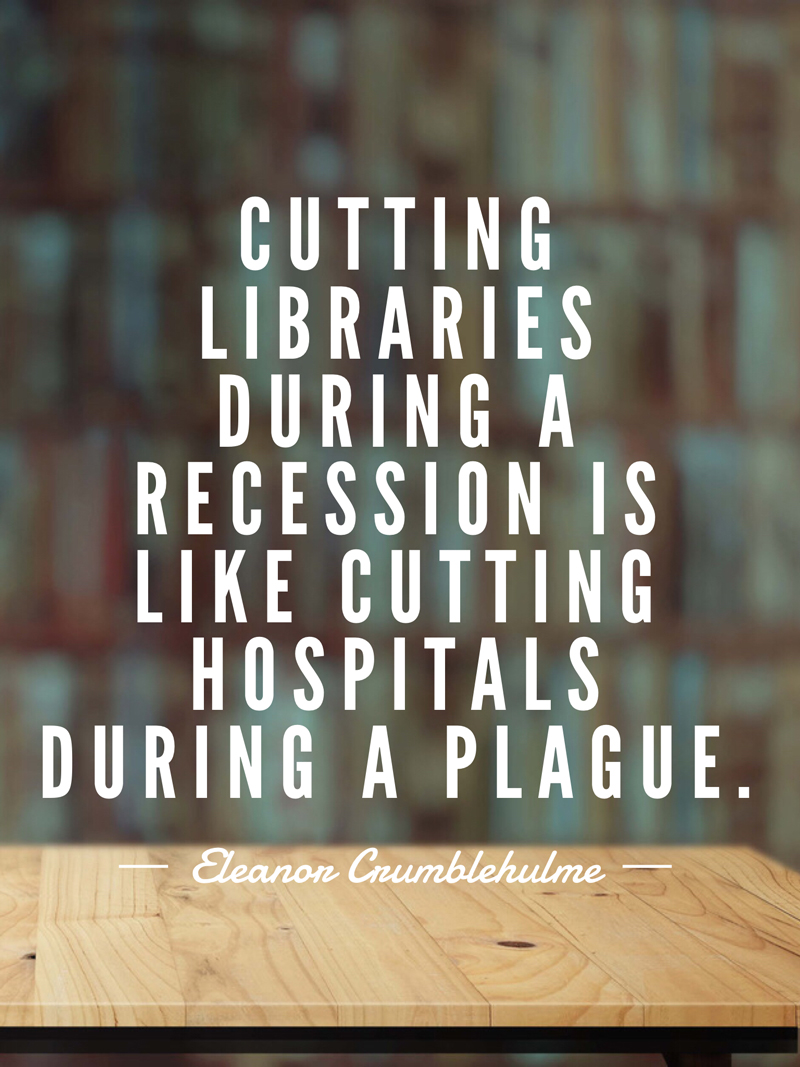 36) Shout for libraries. Shout for the young readers who use them. ~Patrick Ness
37) If I was a book, I would like to be a library book, so I would be taken home by all different sorts of kids. ~Cornelia Funke
38) Libraries store the energy that fuels the imagination. They open up windows to the world and inspire us to explore and achieve, and contribute to improving our quality of life. ~Sidney Sheldon

39) I ransack public libraries, and find them full of sunk treasure. ~Virginia Woolf
40) A library is the delivery room for the birth of ideas, a place where history comes to life. ~Norman Cousins
41) Libraries were full of ideas – perhaps the most dangerous and powerful of all weapons. ~Sarah J. Maas 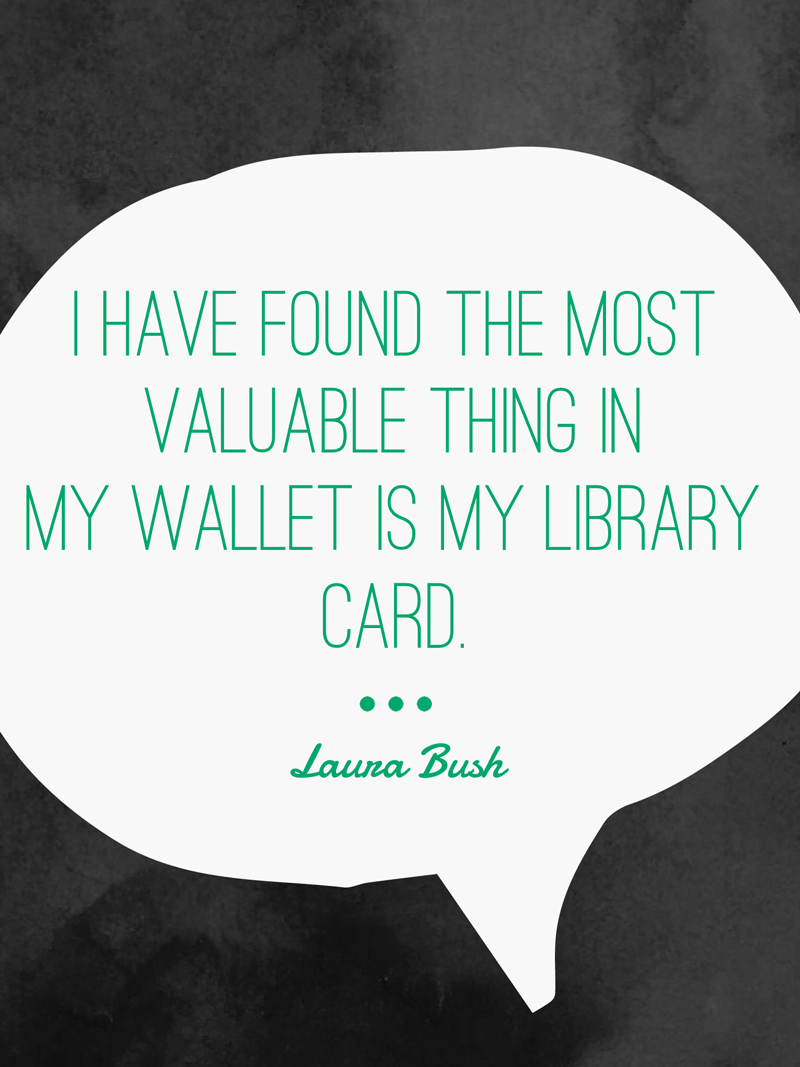 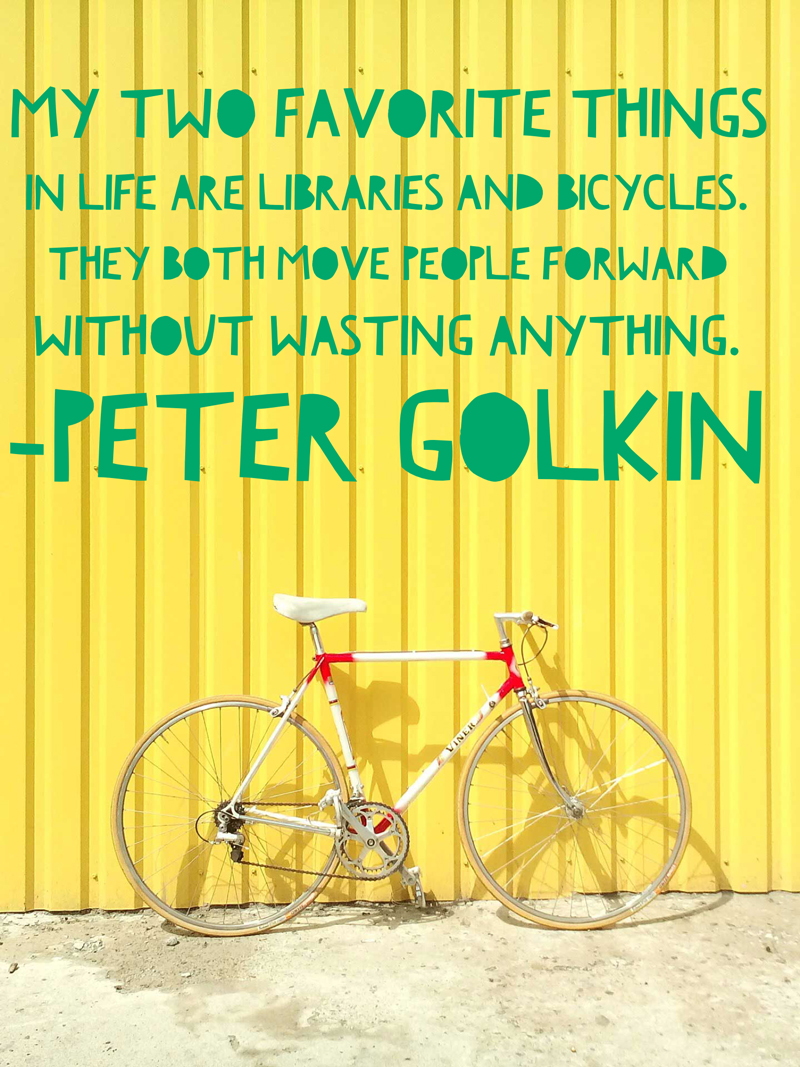 44) I’m really a library man, or second-hand book man. ~John le Carre
45) The library card is a passport to wonders and miracles, glimpses into other lives, religions, experiences, the hopes and dreams and strivings of ALL human beings, and it is this passport that opens our eyes and hearts to the world beyond our front doors, that is one of our best hopes against tyranny, xenophobia, hopelessness, despair, anarchy, and ignorance. ~Libba Bray
46) People can lose their lives in libraries. They ought to be warned. ~Saul Bellow

50) In the nonstop tsunami of global information, librarians provide us with floaties and teach us to swim. ~Linton Weeks
51) The truth is libraries are raucous clubhouses for free speech, controversy and community. ~Paula Poundstone
52) The most important asset of any library goes home at night – the library staff. ~Timothy Healy 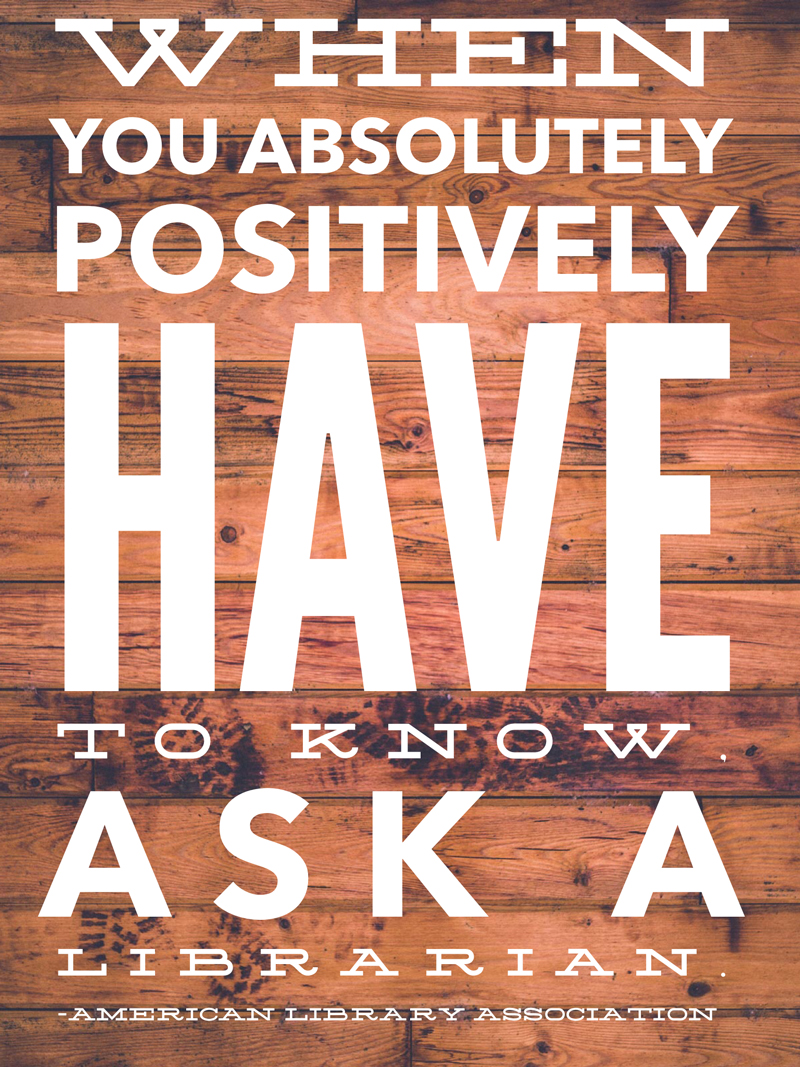 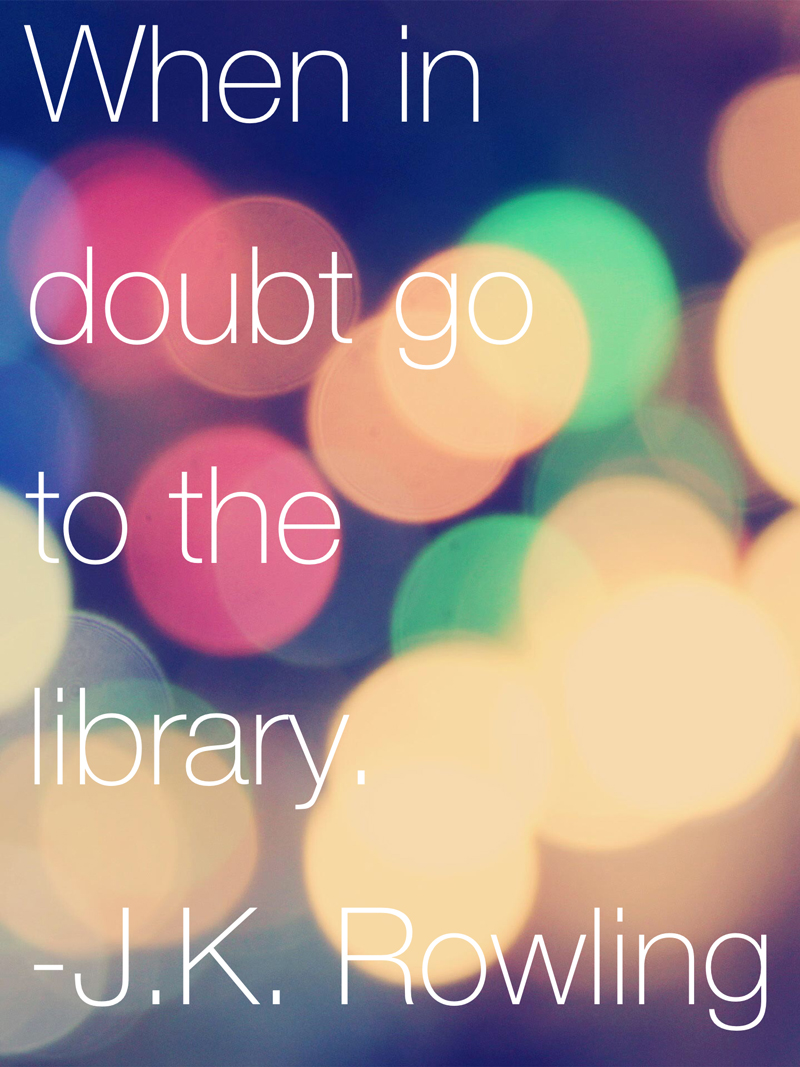 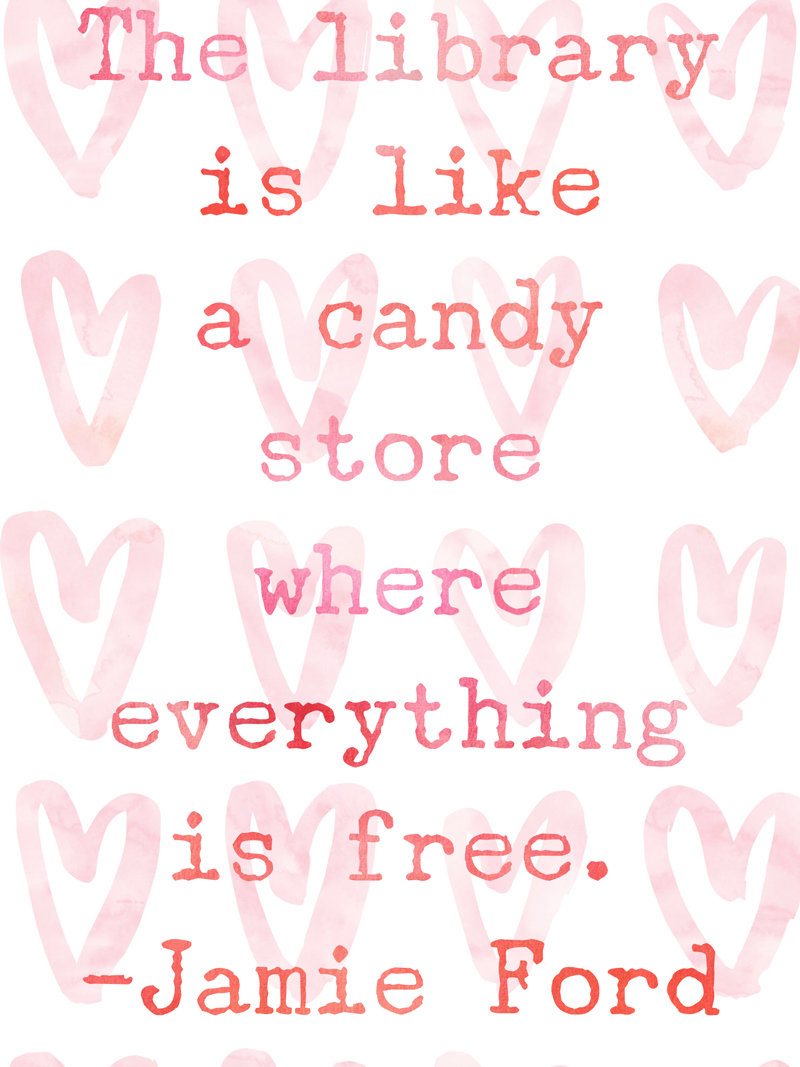 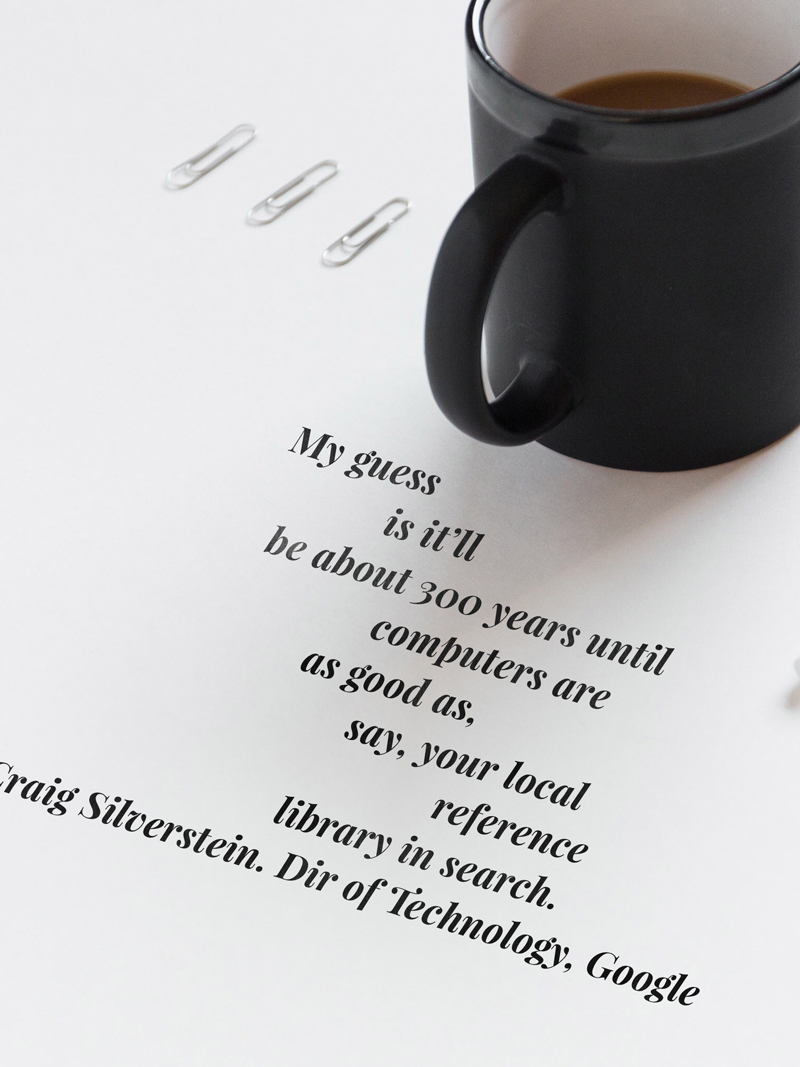 60) The love of libraries, like most loves, must be learned. ~Alberto Manguel
61) You don’t spend your life hanging around books without learning a thing or two. ~Lemony Snicket
62) There was the smell of old books, a smell that has a way of making all libraries seem the same. Some say that smell is asbestos.  ~Scott Douglas

63) To ask why we need libraries at all, when there is so much information available elsewhere, is about as sensible as asking if roadmaps are necessary now that there are so very many roads. ~Jon Bing
64) I fall in love with any girl who smells of library paste. ~Charles M Schulz
65) You must live feverishly in a library. Colleges are not going to do any good unless you are raised and live in a library everyday of your life. ~Ray Bradbury

69) I don’t think people realize how vital libraries are or what a colossal danger it would be if we were to lose any more. Having had a truncated school life myself, all of my education from the age of 17 has been self-taught. I wouldn’t be the person I am today if it wasn’t for the opportunities the library gave me. ~Alan Moore
70) Public libraries have been a mainstay of my life. They represent an individual’s right to acquire knowledge; they are the sinews that bind civilized societies the world over. Without libraries, I would be a pauper, intellectually and spiritually. ~James A Michener
71) We’ll always need printed books that don’t mutate the way digital books do; we’ll always need places to display books, auditoriums for book talks, circles for story time; we’ll always need brick-and-mortar libraries. ~Marilyn Johnson

72) Libraries are the future of reading. When the economy is down, we need to make it easier for people to buy and read books for free, not harder. It is stupid to sacrifice tomorrow’s book buyers for today’s dollars, especially when it’s obvious that the source in question doesn’t have any more dollars to give you. ~Courtney Milan
73) Most people either love or hate old libraries. To some, a room like this–dim, high-ceilinged, dusty, smelling of old paper and crumbling leather–would be oppressive, a place to flee from in search of sun and air. To others, like me, it was a wonderful cave filled with unimaginable treasures and unexpected treats. I always found myself inhaling deeply when I entered the stacks, as if trying to absorb part of them into my bloodstream. ~Sheila Connolly
74) The idea of a library full of books, the books full of knowledge, fills me with fear and love and courage and endless wonder. ~Elizabeth McCracken 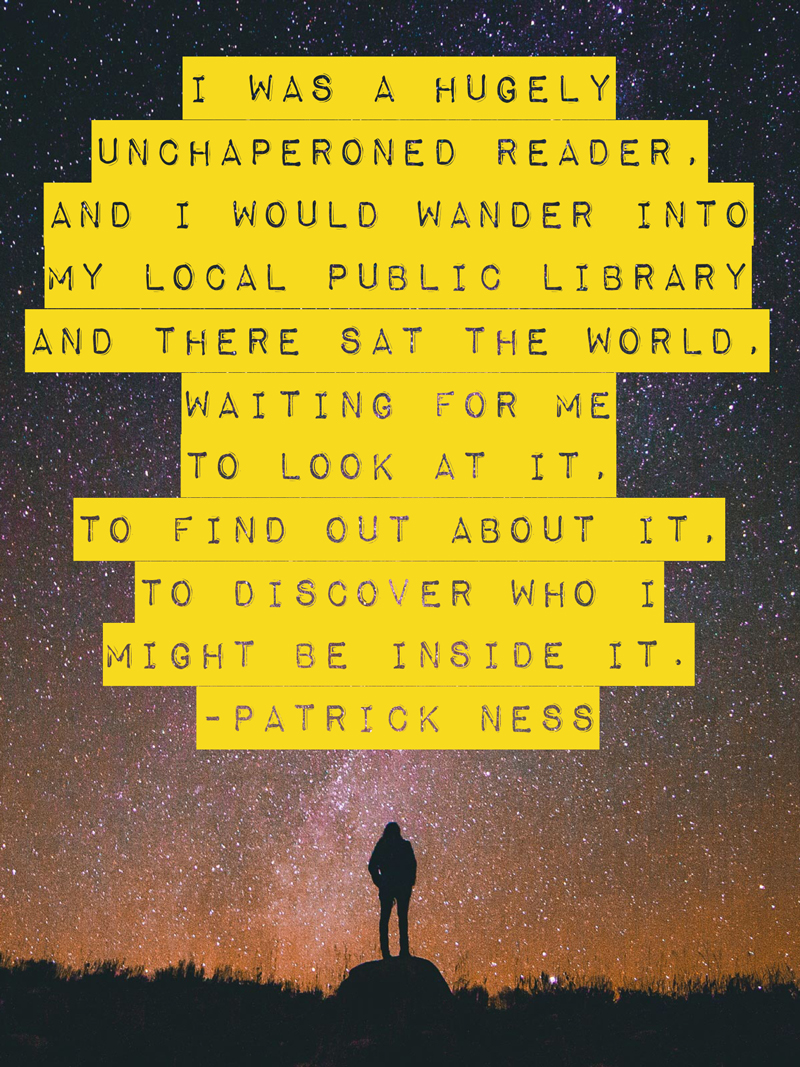 About the Author: Bonnie Cribbs

Bonnie is a guy who is crazy about magazines. He sold his first subscription to Field & Stream at age 12 and has been practically selling magazines ever since. Working in the magazine industry since college, Bonnie has worked in school library sales, public library sales, publisher relations, customer service – all surrounding the magazine world. Bonnie is one of the partners of Rivistas and handles the PR & Marketing side of things.

GET A QUOTE FOR YOUR LIBRARY MAGAZINES TODAY